Montfort School, Anakkara has the distinction of being the first Montfortian School in Kerala. Montfort Brothers have been working in India for over 100 Years. A good number of these Brothers hail from Kerala. Yet they did not deem it necessary to start any educational institution in Kerala because there were already many priests and religious personals engaged in the educational field. 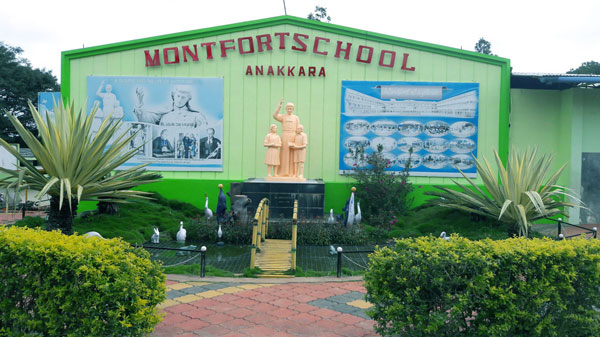 After the division of the Southern Province of the Montfort Brothers in 1993, the Brothers of the Yercaud Province were eagerly looking for a place on the High Range of Kerala to establish a good English Medium School. Rev. Fr. Mathew Nellary who was the Director of Malanadu Development Society based at Anakkara in Idukki District had a great desire to see a good school at Anakkara. So he wrote to some religious congregations asking them to start a school at that place.

He wrote a letter on the 1st October 1993 to Bro. Antony Francisco who was the director of Montfort School, Yercaud. Since a positive reply came from Yercaud, Rev. Fr. Mathew Nellary went to Yercaud to meet the concerned people and to discuss matters about starting of a school here. Thus it was decided to look for a suitable place for the school in the Anakkara Parish. Fr. George Kottadikunnel who was the then Parish Priest of Anakkara Forane Church was very happy about the prospect and promised all help for the commencement of the school.