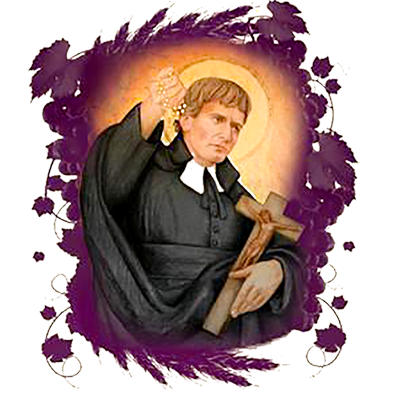 “May we be imbued by the Montfortian spirit and may we be successful Montfortians.”

St. Louis Marie Grignion de Montfort was born on 31st January 1673 in a small village in Brittany in Western France. During that time France was passing through a grave crisis, economic as well as social. Added to this, 95% of the population was illiterate. The French Revolution which was to come almost a century later, was already brewing.

It was in this atmosphere, charged with tension that St. Louis de Montfort founded the Congre – gation of the Brothers to impart education to an illiterate people of France. Not many were willing to follow this stern, austere and maverick saint. When he died on 28th of April 1716, there were only five Brothers. Montfortain institutions were only a handful and limited to Western France. When the revolution broke out, there was anarchy until Napoleon came to rescue France and conquered almost the whole Europe. In 1821, when the Brothers met, they decided to extend their mission out side France.

The Montfort saga in India began when on the 11th of September 1903, when three French brothers landed in the French colony of Pondicherry. It was in 1904, that the first Montfortain institution was started at Tindivanam, now in Tamilnadu. This was a technical institution. It is still in existence and flourishing. It was towards the end of the First world War that the first English Medium School, Montfort school, was started on the Shevroy Hills of Yercaud.

St. Louis de Montfort was an extremely versatile man. He was a philosopher, writer, poet, musician, artist, sculptor, choreographer builder and social reformer. The Montfortian philosophy is, therefore, one of totality, globality and universality-terms which are very relevant in today’s world, which is in a state of flux. The Montfortian education system, therefore aims at ‘total education’-the development of body, mind and spirit so that a Montfortian student can have “fullness” in life and be a useful citizen to the society, a faithful and loving person to his family and friends and a fulfilled and contented human being.

Application form for LKG will be issued from the school office from 25 th… ...read more